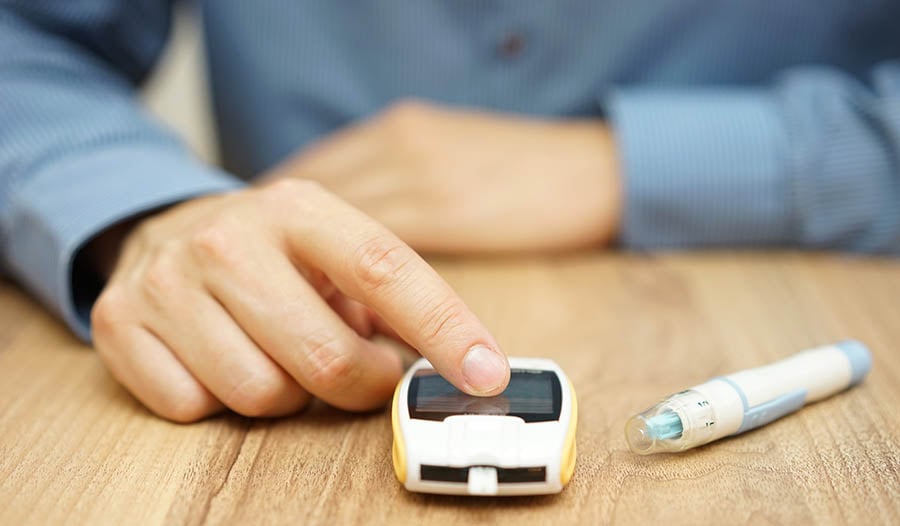 The statistics on the growing epidemic of type 2 diabetes are staggering—it is now estimated that one-half of all American adults will develop the disease by 2020. Currently, one out of every five United States federal health care dollars is spent treating people with diabetes. The average yearly health care costs for a person without diabetes is $2,560; for a person with diabetes, that figure soars to $11,744. Much of that increase is related to the costs of drugs. Conflict of Interest?

Recently, the journal Diabetes Care published the American Diabetes Association’s (ADA) Standards of Medical Care for type 2 diabetes, which are quite disturbing for their over-reliance on the pharmaceutical management of diabetes while all-but-ignoring nutritional support. The problem is that pharmaceutical interventions don’t impact the progression of type 2 diabetes, and in many cases, they can accelerate the disease process. Yet this approach is the only one offered by conventional medicine, perhaps for dubious reasons.

In an article published in the September/October 2012 issue of the Annals of Family Medicine, researchers from Michigan State University recommended that doctors with financial conflicts be excluded from developing medical guidelines for diabetics, regardless of disclosure. They also suggested that physicians should be discouraged from meeting with drug company representatives. After analyzing how physicians treated patients with type 2 diabetes and high blood pressure in 44 primary care centers, the authors described “a common scenario: patients began medications after having moderately elevated test results (often at levels considered normal just a few years ago), developed additional symptoms, were found to have values falling outside reference ranges on other tests, and were prescribed more drugs. They were expected to continue these medications permanently: their target laboratory levels could be achieved only through continued use of these drugs.”

The consultations the researchers observed “focused heavily on” medications with little or no discussion of other treatment paths, including diet and exercise. The authors also noted that clinicians are exposed to heavy marketing efforts by pharmaceutical companies and that this may be contributing to the emphasis on prescriptions. Of the 53 clinicians willing to discuss pharmaceutical marketing, 38 (72 percent) reported having regular contacts with pharmaceutical representatives.

The patient interviews were also enlightening, as almost 70 percent said they had experienced significant symptoms of adverse drug reactions from diabetes or hypertension medications, a much higher percentage than is expressed by the drug companies.

The key issue being ignored by the ADA is that diabetes drugs are only biochemical Band-Aids. One fundamental truth is rarely explained to the patient: type 2 diabetes, in almost every case, is caused by poor diet and lifestyle choices. Findings from the U.S. government’s Third National Health and Nutrition Examination Survey clearly support this statement: of individuals with type 2 diabetes, 69 percent did not exercise at all or did not engage in regular exercise; 62 percent ate fewer than five servings of fruits and vegetables per day; and 82 percent were either overweight or obese.

Among patients with pre-diabetes, a minimum of 150 minutes per week of physical activity was associated with a 58 percent–reduced risk of developing diabetes. In the same study (known as The Diabetes Prevention Program), the drug metformin was found to reduce diabetes risk by only 31 percent.

Although lifestyle changes are important, diet alone can be effective in treating and reversing type 2 diabetes. The most scientifically proven approach is a diet low in refined carbohydrates. Not only does such a regimen lower blood glucose levels, but it also helps with conditions such as high cholesterol, cardiovascular disease, and hypertension.

Here are key supplements to consider adding to your daily regimen if you have type 2 diabetes or want to prevent it:

Previous Article
Flaxseed Consumption and Cholesterol
Next Article
Save Your Joints

5 Ways to Tell if You Have an Iron Deficiency

Iron is essential for many bodily functions. Signs of iron deficiency include fatigue, dizziness/lightheadedness, brittle nails, and shortness of breath.